As a Christian church, we exist to honour God by helping local people worship God, grow spiritually, serve others, and reach their communities and the world with the message and love of Jesus Christ. 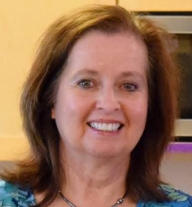 Guys, guys, or guys. Three words that look and sound identical, yet one means “men”, another “people”, and the other “women”. All three meanings are legitimate, but how do we choose? The context might help. Assumptions also come into play. If we say “they're some guys hanging out in a dark alley”, we'd probably assume those guys were young men. But to translate the sentence accordingly would show an unfair bias, since we don't know if the “guys” are young or men. It would be better to translate “guys” as people in this situation. We might decide that “the default translation for ‘guys’ shall always be ‘people’, unless the text or context makes it absolutely clear otherwise.”

Let's look first at a little grammar. English is one of those rare languages that does not use masculine, feminine, or neuter articles for our nouns. French has la and le; German uses der, die, das, and so on. A grammatically masculine or feminine noun does not mean the person, place, or thing is actually male, female, or neutral. The Greek word adelphos is grammatically masculine. So is the word for a saint (ο αγιος), an angel (ο αγγελος), and a Christian (ο γριστιανος). Yet we know there were and are women Christians, and there were women saints in Paul's early churches. Christ said angels are neither male nor female. So too, the masculine noun adelphos refers to siblings, male and female.

Jesus understood this in Mark 3:31-35; Matthew 12:46-50; and Luke 8:19-21. Jesus was teaching in crowded house and was told His mother and adelphoi were outside. Every translation I have read translates adelphoi as “your mother and brothers“, even the ones which use “brothers and sisters” elsewhere. I'm not sure why this cautious reluctance, since Jesus Himself assumes the latter. Matthew 12:46-50 (NIV): 49Pointing to His disciples, He said, “Here are my mother and my brothers (adelphoi). 50For whoever does the will of my Father in Heaven is my brother and sister and mother.”

Why the fuss? Unfortunately, I believe there is a great deal of conscious and unconscious bias behind the translation of adelphos. Much of it has to do with defining and maintaining authority and roles within the church. If “adelphoi” means Christian men and women in virtually every scriptural context, it becomes difficult to defend excluding women from full participation in the church and from claiming all the gifts of the Spirit, including teaching and preaching.

Perhaps like our “guys” analogy above, we should decide that “the default translation for adelphoi shall always be ‘brothers and sisters’, unless the text or context makes it absolutely clear otherwise.”

Next time, we'll look at the mythological story behind the word groping in Acts 17:27.

Elisabeth Duckworth has been attending First Baptist Church for two years. She studied Classics at the University of Toronto, focusing especially on Greek language and history from Homeric to modern, and Greek archaeology. She lives in Port Dover with her sister Dolores and enjoys, amongst other things, gardening, choral singing, cooking, learning local flora and fauna, and birding.